35 SHIMI (Supported Housing for Individuals with Mental Illness) units have opened since 2007 and there is a need in the community for even more. 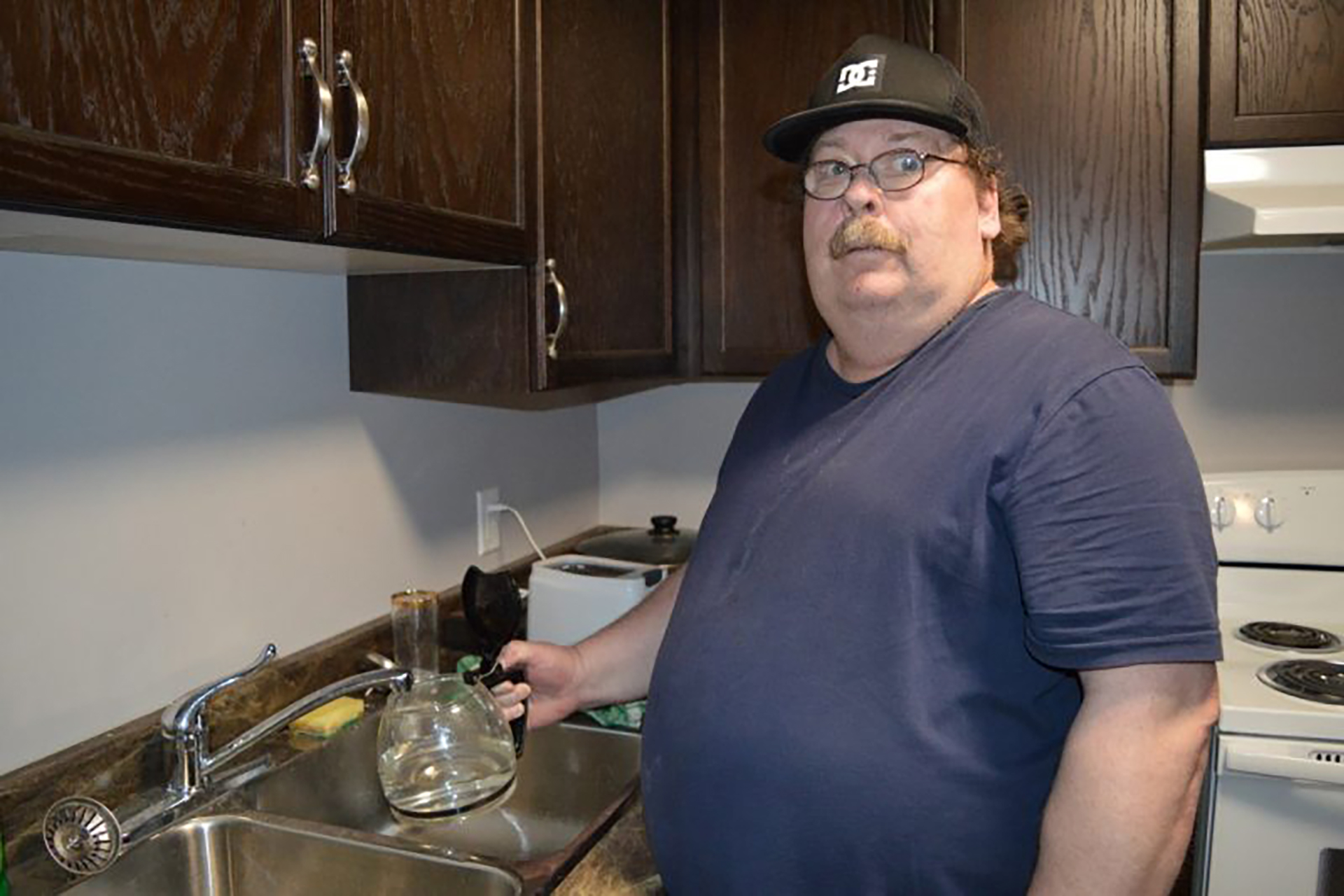 Dealing with a diagnosis of depression and an anxiety disorder for the past 10 years, Donnie Wambolt describes much of his life during that time as being “topsy-turvy.”

However, since June, Wambolt, 60, has been living at a new eight-unit apartment complex in Whitney Pier that provides adequate, affordable and stable housing to adults with mental health and addictions issues. In the years prior to that, he mostly resided in rooming houses. While he says he had a good landlord, having to share bathroom and kitchen quarters with others was not ideal for someone trying to improve circumstances related to his mental health. The lack of privacy was a particular challenge.

“It’s absolutely tremendous,” Wambolt said, of his new home. “For me to move into a full apartment was a big change for me, which was great for my mental health. Moving into SHIMI [Supported Housing for Individuals with Mental Illness] has really fostered my life to the point now where I’m doing really good. I can focus more now on my mental health instead of worrying about my roommate trying to get into the bathroom at the same time or trying to get into the kitchen to cook your meal at the same time. Life has just been great since I moved in.”

Wambolt is also now working as the superintendent for his new apartment building.

“It makes me feel great that I’m actually contributing to the program and it helps me financially,” he said.

The first SHIMI (Supported Housing for Individuals with Mental Illness) apartments opened in Cape Breton in 2007. There are currently 35 units although there is a need identified in the community for even more.

The most recent project has a total cost of $800,000. The Cape Breton Regional Hospital Foundation provided $400,000 toward the project, with the federal and provincial governments contributing the remainder. Housing Nova Scotia also donated a parcel of land for the project.

The opening of the most recent units was celebrated with an event Friday at Share, Support and Recovery Inc. in Sydney, which operates the housing units. It is a community organization that was formed in 2012 through a partnership between the Nova Scotia Health Authority, New Dawn Enterprises and the Sydney Credit Union Charitable Foundation. Part of its mission is to provide housing and support services for those living with health and social challenges.

“There is an identified need for suitable, safe, affordable housing in Cape Breton and the individuals that we work with living with mental illness or in recovery certainly require that support,” said Shaun MacLean of Share, Support and Recovery Inc. “We’ve created a community of support where the tenants are supporting each other… and they support us as an organization, coming through our doors and really sharing their experiences so we can adapt to meet the need that was different 10 years ago than it is today.”

Brad Jacobs, CEO of the Cape Breton Regional Hospital Foundation, noted that with the support of donors the foundation has been able to provide more than $2 million toward mental health services, including contributions for SHIMI.

“Every segment of our society must be treated with dignity and respect and be given the opportunity to make a meaningful contribution,” Sydney-Victoria MP Mark Eyking said.

“These new affordable homes serve as the foundation to help these individuals get the health care and community-based support they need, while encouraging their independence,” said Sydney-Whitney Pier MLA Derek Mombourquette.