Prime location in downtown Sydney in the beautiful and historic Crowell’s Building. Multi-use space such as office, retail, events and much more. The entire 2nd floor is configured into one large space with high ceilings and large windows providing a spectacular view of Charlotte Street and an immense amount of light into the space. 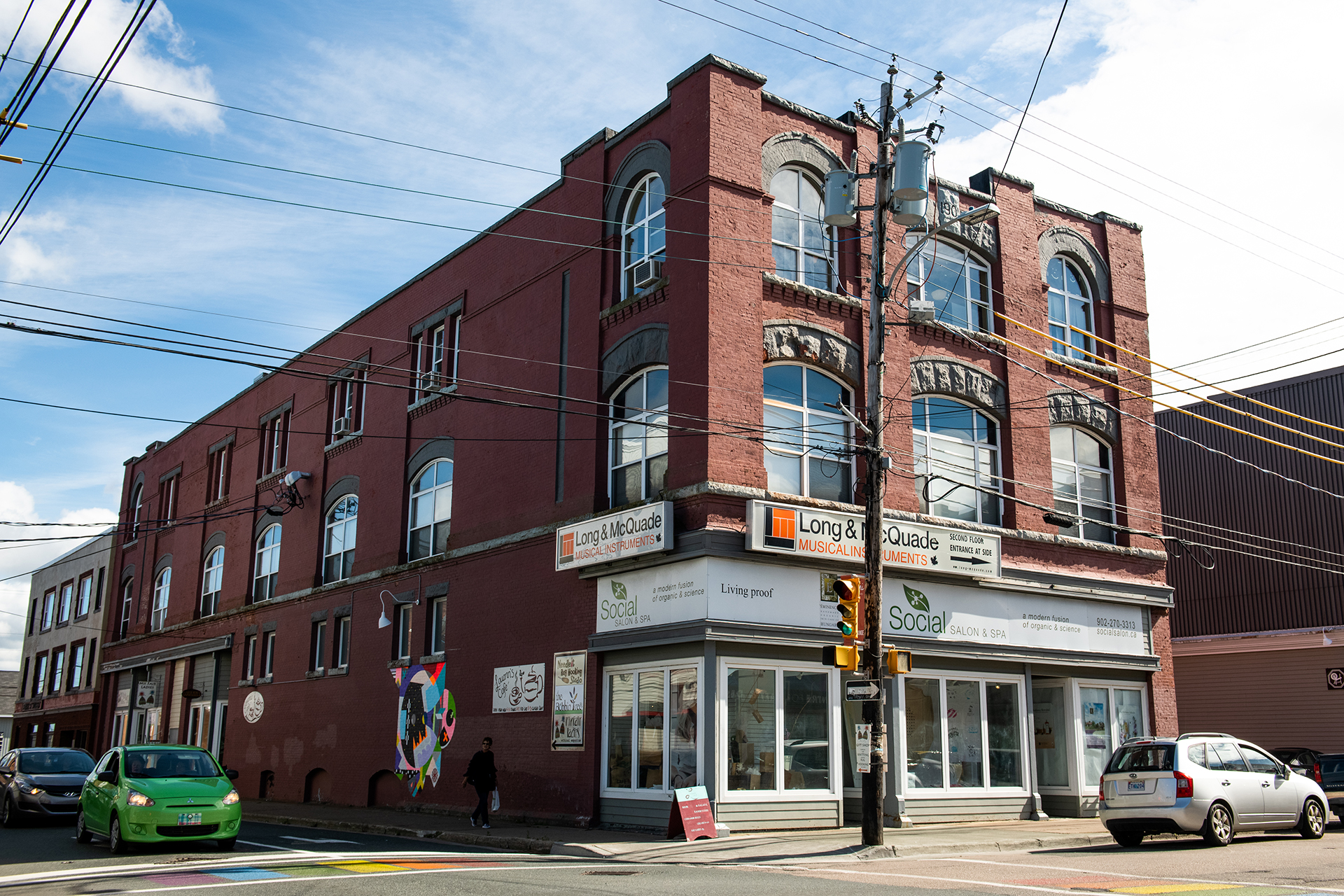 VACANCY: Can either be rented in its entirety or subdivided if you are looking for something smaller

The 2nd Floor of the historic Crowell’s Building is 5,000 sq. ft which can either be rented in its entirety or subdivided if you are looking for something smaller.

It is accessible by elevator and has (limited) designated parking available.

Located at the very centre of downtown, close to amenities, restaurants & coffee shops, and directly on the bus route.

Built in the 1800s, the original Crowell’s business was devastated in a 1901 fire which destroyed a major portion of downtown Sydney. That year, together with new partner, Prouse Bros., Mr Crowell began reconstruction. By 1910, Crowell had become the sole owner of a flourishing operation selling everything from food delicacies to oil cloth.

In 1946, his failing health led Mr. Crowell to sell the business to the Hickey brothers of North Sydney. For many years, Crowell’s prospered and continued to hold its own despite changing patterns of shopping in the later part of the century. Nevertheless, in 1999 after a long and successful career, the Hickey’s decided to close the store.

After several years of inactivity, New Dawn Enterprises, in partnership with Chessman Investments Ltd. (Musicstop), saved the property from demolition and turned it into a viable commercial enterprise.